Students Reaching For The Sky 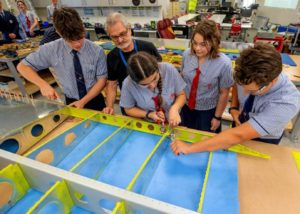 Students at Mueller College, Rothwell have almost finished their part of the first Sport Aircraft Association of Australia (SAAA) project for schools to build a two-seater plane.

For the last six months, a Mueller College team of 17 students, from Grades 10-12, have been working on the right wing of a Vans RV12 kit plane shipped over from Oregon.

The framework of the wing is now complete and the flaperon skin being put on. The entire wing is on schedule to be finished this month.

When completed each section will be sent to Narromine, near Dubbo in NSW, to be assembled by the SAAA, which will then test, fly and sign-off on the plane. 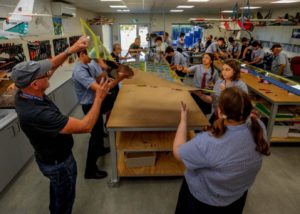 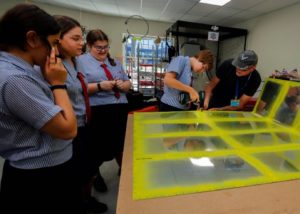 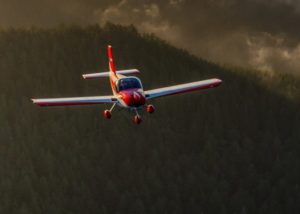 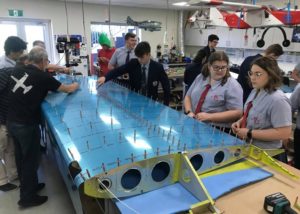 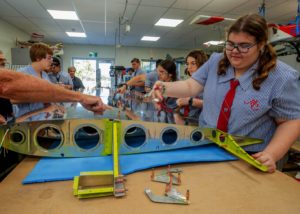 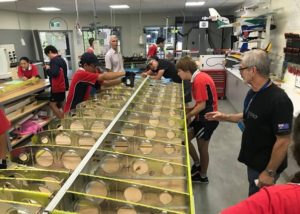 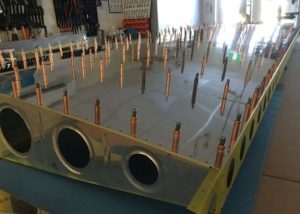 The RV12, worth about $120,000, will be at the SAAA fly-in event Ausfly, at Narromine in April, and then tour the four schools in the Youth Aircraft Build and Fly program.

Students will receive some subsidised flight training, organised again by the SAAA, as they were part of the build team.

Teacher-in-Charge of Aviation at Mueller College, Anthony Banks, says this is the first time such a schools program has been undertaken in Australia. It has already run in the US.

“The students have to follow exact plans, the process is highly regulated and they work very closely with mentors,” says Anthony.

He said a long-term goal would be to next build a tail section and ultimately a whole plane, which would be owned by the school and hangered in Redcliffe.

But, it would have to be done outside the SAAA-supported program which has funded this year’s project. 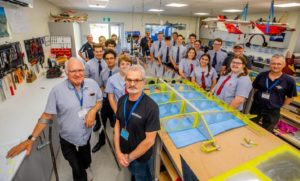 Being one of 18 Aerospace Gateway schools in Queensland and running classes in aviation, Mueller College was selected for the Build and Fly program by the SAAA, whose members paid for the aircraft parts.

Mueller’s five in-class mentors come from the Redcliffe Peninsula, Caboolture, Brisbane and a former airline pilot from the Gold Coast who flies up to Redcliffe Aerodrome, which borders the college grounds.

The closely supervised and scrutinised build began in August with students spending around three-and-a-half hours a week on the project.

The local chapter of SAAA gave $500 towards special tools which the school needed.

Among the many challenges for students was converting imperial measurements on the US aircraft parts to metric measurements, which are used here.

Mr Banks says the mentors are “truly wonderful” for giving up their time to help the project and thanks the sponsors AvPlan EFB, C&H Freight, Garmin, QBE, SAAA Chapter 22, SAAA Chapter 24 and Swish Project.